Almost 50% of young people say they’re using gaming as a way of coping with the lock down. But with the line between online gaming and online gambling becoming even more blurred it’s time to look at the facts.

Gambling is not often associated with children and young people, but alongside increased screen time, competitive gaming and in app purchases, It can have serious effects on mental health, family relationships and financial security.

Most games offer in-app purchases that include ‘loot boxes’ which are prizes that often look like treasure chests.

‘Loot boxes’ are bought with real currency and are regarded as gambling because players cannot always see what’s in the boxes before they click buy – this introduces the element of chance which is central in gambling practice.

This means that users are unable to decide if their goods are worth the price being asked for and can encourage multiple purchases to ‘win’ the desired loot or to ‘recover loses’. The concern here is that not all young people will fully understand or calculate their chance or control how they spend their money.

Popular games that can contain Loot Boxes are; FIFA, League of Legends and Fortnite Battle Royale.

In 2019, MP’s called for in-game spending to be regulated by gambling laws. It was recently announced that PEGI ratings on in game purchases will apply to ‘loot boxes’.

PEGI (Pan European Gaming Information) is a game rating system used in 39 countries in the UK it’s overseen by the Video Standards Council – which is similar to the British Board of Film Classification (BBFC).

The facts on gambling

Additional reporting from the commission found that:

The rise of ‘skin betting’

Games with in-app purchases can also feature ad on virtual products called ‘skins’, which include in-game accessories, weapons, clothing or styles for avatars and characters within a game. These ‘skins’ are collected through opening loot boxes or paying money to unlock them.

These skins don’t affect how games are played, but they allow users to change the appearance and feel of the game. Skins can be traded with other players and used as a form of currency to bet on game outcomes.

The Commission has found that some websites have allowed the use of skins for illegal gambling, warning parents to be vigilant prompting them to report these activities to them. The BBC have reported one young person from Wales who lost over £2000.

“We are very concerned…[we] would like parents and guardians to be vigilant – you could be giving money to [a] child thinking that they are buying computer games or in-game items when in fact they are using funds to gamble.”

What does the law say?

The Gambling Act 2005 defines gambling as gaming, betting or participating in lotteries. Young people have to be at least 16 to take part in national lottery activities (including scratch cards) or football pools, but they must be 18 to enter betting shops, bingo halls, casinos and online gambling sites.

The Law and Young People

The law aims to protect young people from harm or exploitation from gambling activities and targeted advertising, by restricting targeted ads for under 18s. The Government is currently reviewing the 2005 Act and has described it as an ‘analogue law in a digital age’.

Do you receive our Safeguarding Alerts?

Receive regular updates to help you safeguard children in a digital era.

The Home Learning Hub is our free library of resources to support parents and carers who are taking the time to help their children be safer online. 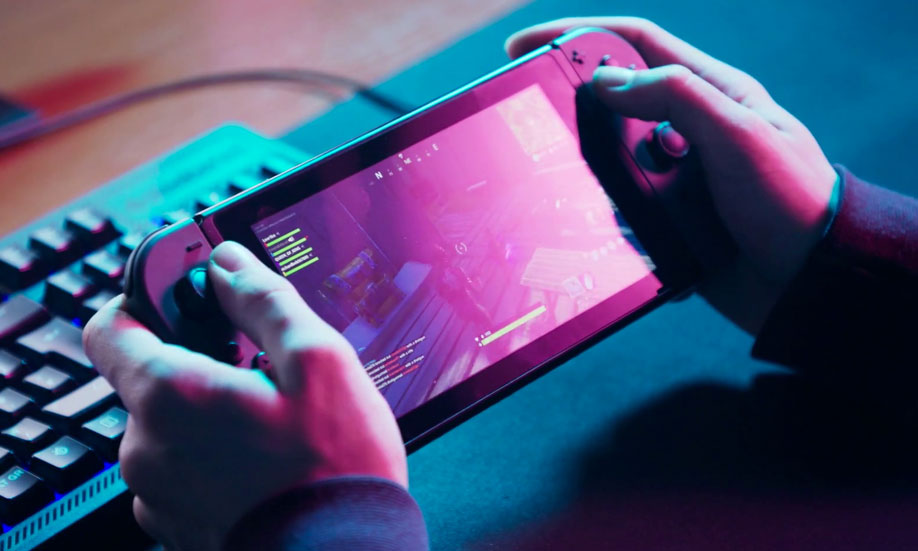